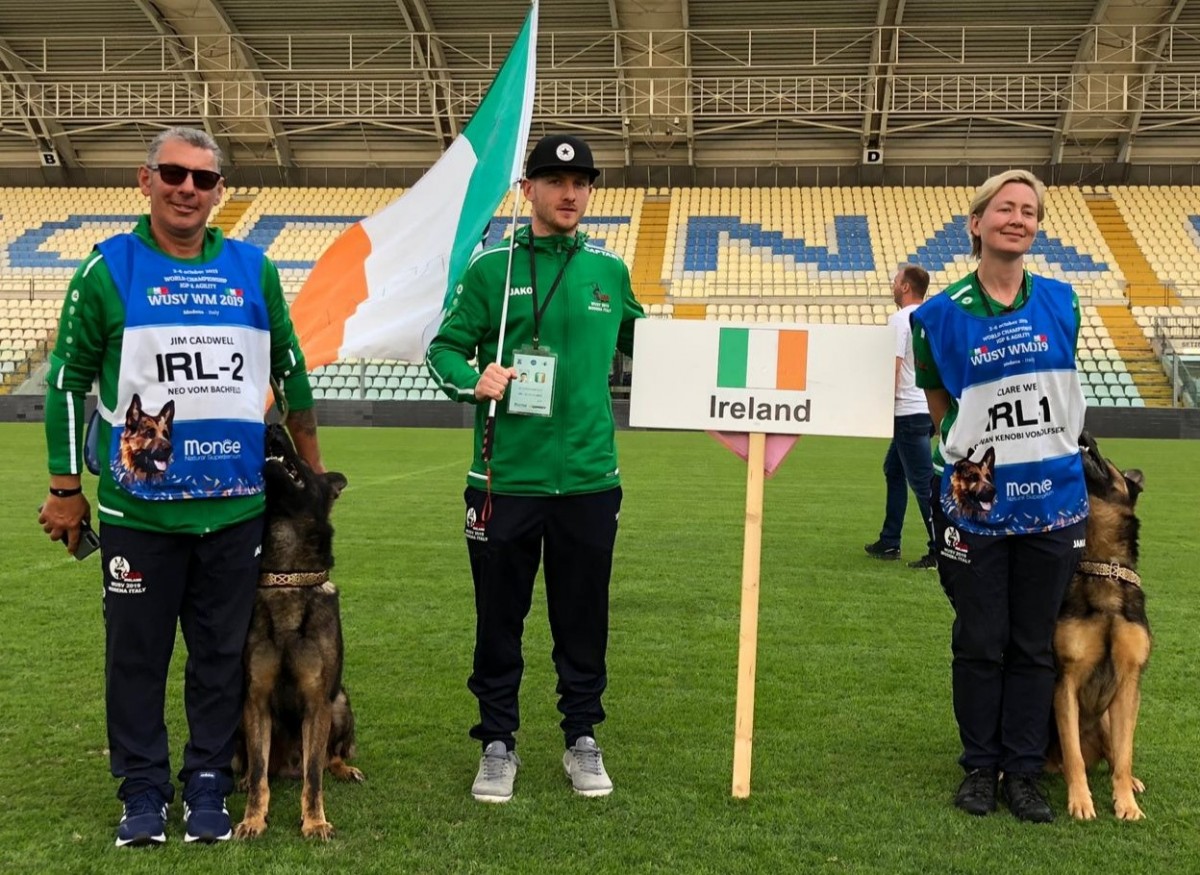 Whilst sadly neither dog qualified this year, the team would like to thank tracksuit sponsors Karanberg and OG Templepatrick, those who contributed to the fundraising raffle and all those others who offered support to the team on the long journey to Modena, Italy.

Thanks also to those who assisted the team in their training in Ireland and in Italy and those who flew out to support the team and who cheered them on from home.

Well done to the SAS and the volunteers who organised the competition.

A breakdown of obedience and protection scores can also be found at the following links:

The WUSV World Championships 2020 will take place from October 7-11 in Györ (Hungary).