Well done to all those who took part in the club trial at OG Waterside judged by Toine Jonkers (SV/VDH) and those who attained GSA Ireland Helper and Tracklayer Licences over the weekend of November 3-5 2017.

Trial Helper was Brian Reidy (OG Waterside) and Tracklayer was Brian Simpson (OG Waterside).
Trial Secretary was Marianne Hogan and Trial Manager was Brian Simpson – many thanks to all.
Big thanks also to food prize sponsor Feedwell and to Ger and Joan Flynn for sourcing tracking grounds and of course to judge Toine Jonkers.
Best points of the day went to Gorana Leahy and Heylee of OG Corrib in IPO1 with 271 SG, congratulations!

Results were as follows:

Thanks also goes to OG Waterside for hosting the 2017/2018 Tracklayer and Helper Licensing Event, and to auditor Toine Jonkers for his assistance.
Congratulations to those who attained grades – a full updated list can be found here: GSA Ireland Licensed Tracklayer and Helper List 2017/2018 – View/Download (Word)
Thanks also to the club members for their hospitality and assistance with catering. 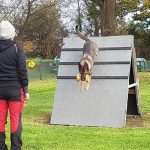 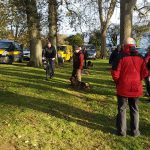 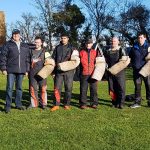