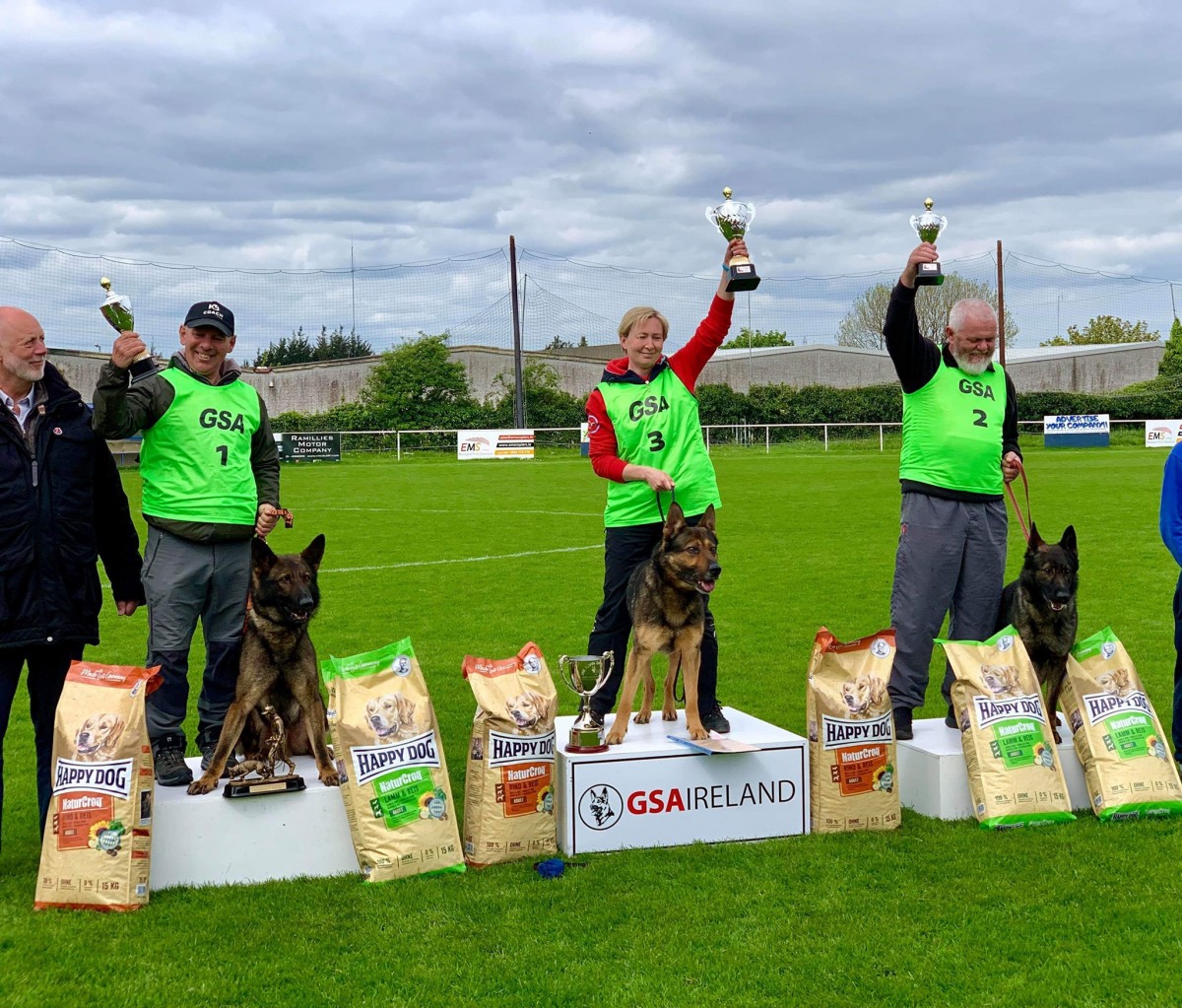 Thanks to OG Waterside for their generous donation of trial equipment and to OG Wicklow for their kind provision of hospitality to the judge during his first visit to Ireland.

Thanks to our sponsors HAPPY DOG, PJ Higgins & Co, K9 Academy and trophy sponsors AJM External Cleaning and OG Waterside and to all those OG training clubs and individuals who donated.
Gifts for trial officials by Bertie Pennie Commissions.

Thanks to those local businesses who have contributed to the raffle:
Bird Jungle
Mutz Nutz
O Meara Camping
And to all other contributors and those who helped with set up and take down at our superb venue, for the second year, Bluebell United FC in Dublin.